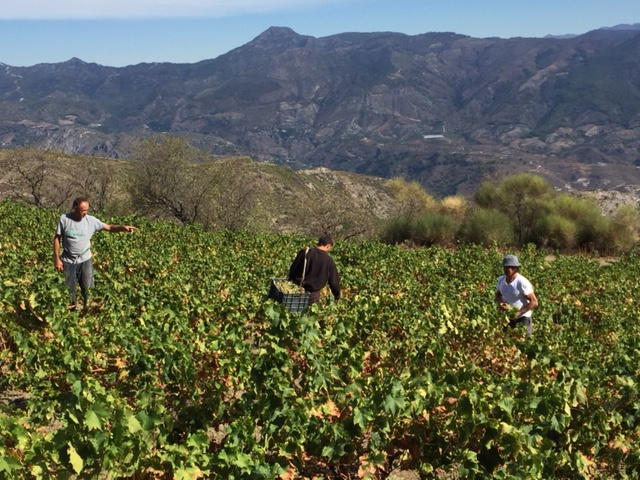 12 months in American and French oak

powerful, easy, fruity, creamy, dark red wine with many spices, and aromas of vanilla and tones of cherries and blackberries.

The 2012 vintage was the winner of the 2017 Dutch Spanish wine Contest, for wine over 10 euros. Tempranillo grapes from the oldest vines inAndalusia!; Calvente is an outstanding bodega with excellent wines (click here for their unique dry muscat of Alexandria wine and their top cuveé Castillejos)

It is recommended that you decant this wine!

Perswijn (5th Spanish Wine Competition 2017) of the 2012 vintage: "It is of course wonderful to see that the South of Spain can also produce beautiful wines. Horacio Calvente wanted to show that old, abandoned vineyards were ideal places for making wine. South of Granada, on the foothills of the Sierra Nevada, he restored special vineyards to their former glory. And he does everything to make beautiful wines. The cooling of the sea and the height ensure that the temperatures remain moderate, so that the grapes mature slowly and perfectly. The vines are more than a century old and have no irrigation. Production of less than 4 tons per hectare, which is very low, because it amounts to less than 30 hectoliters per hectare. The grapes are picked and selected by hand and undergo their fermentation with their own yeasts. Originality and personality are the key words in winemaking. La Guindalera comes from vineyards on the southern slopes of the Sierra Nevada, at an altitude of 800 - 100 meters. Very high, with a beautiful view over the Mediterranean sea. It is a blend of petit verdot, syrah, cabernet and merlot, which ages 12 to 14 months in the barrel, without being at the expense of the delicious fruit.”